The techniques for DACL-based attacks against User and Computer objects in Active Directory have been established for years. If we compromise an account that has delegated rights over a user account, we can simply reset their password, or, if we want to be less disruptive, we can set an SPN or disable Kerberos pre-authentication and try to roast the account. For computer accounts, it is a bit more complicated, but RBCD can get the job done.

These techniques have their shortcomings:

The recent work that Will Schroeder (@harmj0y) and Lee Christensen (@tifkin_) published about AD CS made me think about other technologies that use Public Key Cryptography for Initial Authentication (PKINIT) in Kerberos, and Windows Hello for Business was the obvious candidate, which led me to (re)discover an alternative technique for user and computer object takeover.

It is possible to add “Key Credentials” to the attribute msDS-KeyCredentialLink of the target user/computer object and then perform Kerberos authentication as that account using PKINIT.

In plain English: this is a much easier and more reliable takeover primitive against Users and Computers.

A tool to operationalize this technique has been released alongside this post.

When I looked into Key Trust, I found that Michael Grafnetter (@MGrafnetter) had already discovered this abuse technique and presented it at Black Hat Europe 2019. His discovery of this user and computer object takeover technique somewhat flew under the radar, I believe because this technique was only the primer to the main topic of his talk. Michael clearly demonstrated this abuse in his talk and noted that it affected both users and computers. In his presentation, Michael explained some of the inner workings of WHfB and the Key Trust model, and I highly recommend watching it.

Michael has also been maintaining a library called DSInternals that facilitates the abuse of this mechanism, and a lot more. I recently ported some of Michael’s code to a new C# tool called Whisker to be used via implants on operations. More on that below.

In Kerberos authentication, clients must perform “pre-authentication” before the KDC (the Domain Controller in an Active Directory environment) provides them with a Ticket Granting Ticket (TGT), which can subsequently be used to obtain Service Tickets. The reason for pre-authentication is that without it, anyone could obtain a blob encrypted with a key derived from the client’s password and try to crack it offline, as done in the AS-REP Roasting Attack.

The client performs pre-authentication by encrypting a timestamp with their credentials to prove to the KDC that they have the credentials for the account. Using a timestamp rather than a static value helps prevent replay attacks. 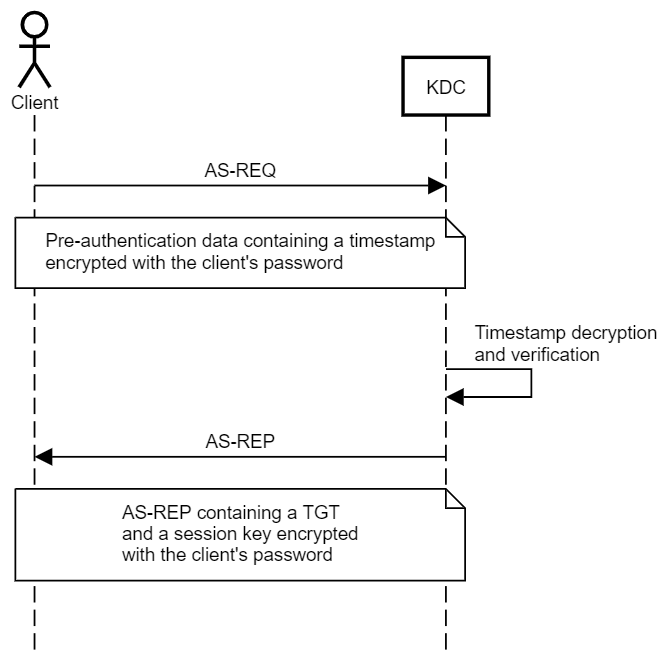 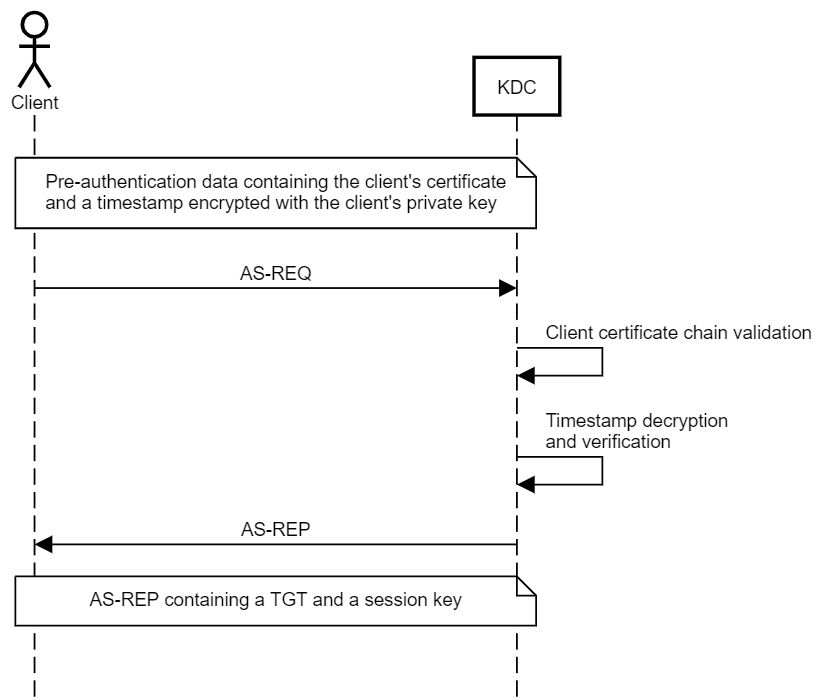 Traditionally, Public Key Infrastructure (PKI) allows the KDC and the client to exchange their public keys using Digital Certificates signed by an entity that both parties have previously established trust with - the Certificate Authority (CA). This is the Certificate Trust model, which is most commonly used for smartcard authentication.

PKINIT is not possible out of the box in every Active Directory environment. The key (pun intended) is that both the KDC and the client need a public-private key pair. However, if the environment has AD CS and a CA available, the Domain Controller will automatically obtain a certificate by default.

No PKI? No Problem!

Microsoft also introduced the concept of Key Trust, to support passwordless authentication in environments that don’t support Certificate Trust. Under the Key Trust model, PKINIT authentication is established based on the raw key data rather than a certificate.

The client’s public key is stored in a multi-value attribute called msDS-KeyCredentialLink, introduced in Windows Server 2016. The values of this attribute are Key Credentials, which are serialized objects containing information such as the creation date, the distinguished name of the owner, a GUID that represents a Device ID, and, of course, the public key. It is a multi-value attribute because an account have several linked devices. 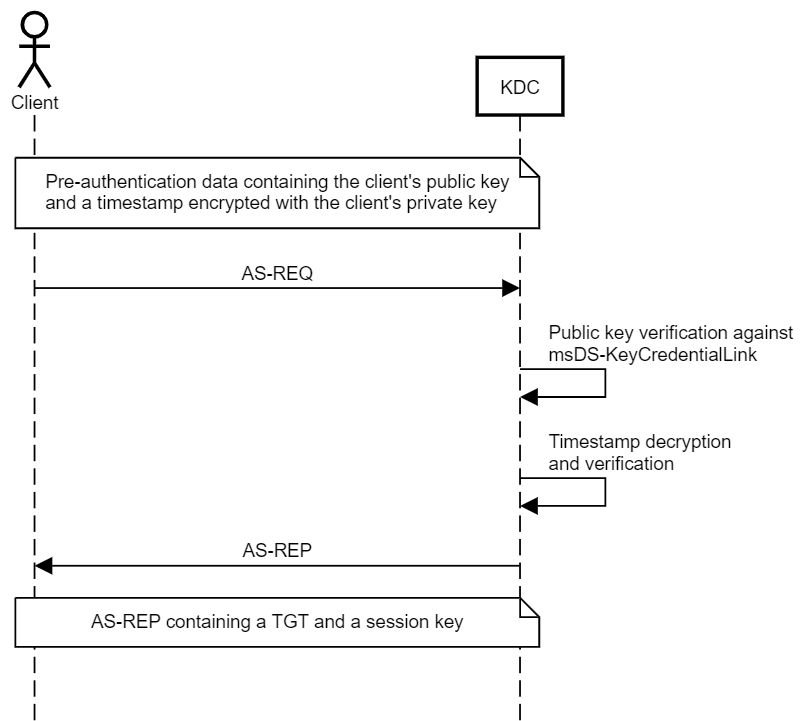 This trust model eliminates the need to issue client certificates for everyone using passwordless authentication. However, the Domain Controller still needs a certificate for the session key exchange.

This means that if you can write to the msDS-KeyCredentialLink property of a user, you can obtain a TGT for that user. 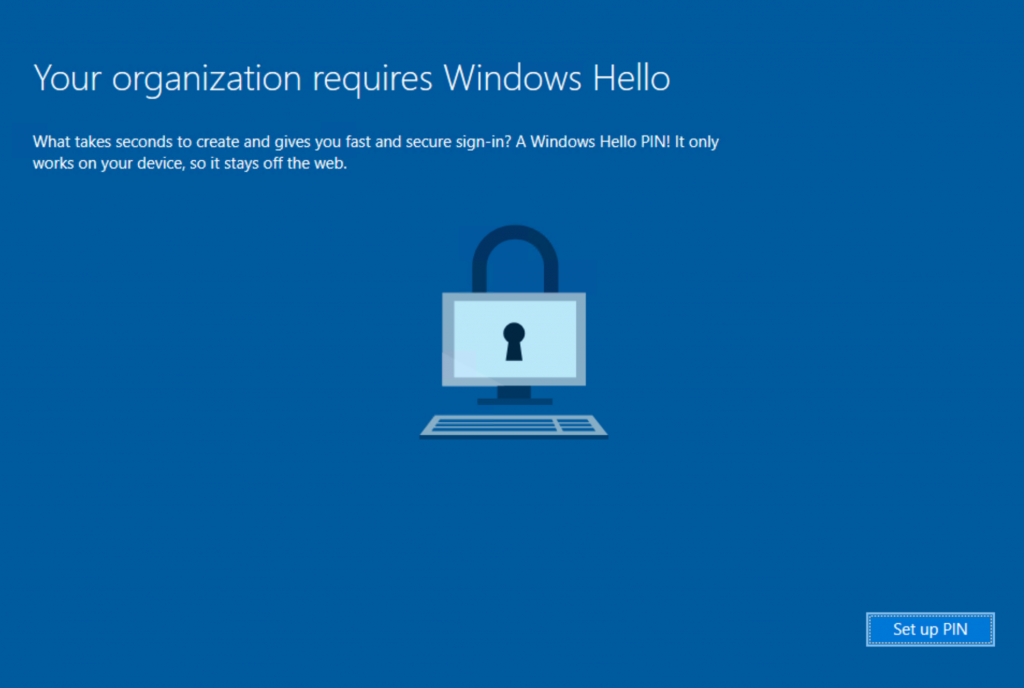 When the user enrolls, the TPM generates a public-private key pair for the user’s account - the private key should never leave the TPM. Next, if the Certificate Trust model is implemented in the organization, the client issues a certificate request to obtain a trusted certificate from the environment’s certificate issuing authority for the TPM-generated key pair. However, if the Key Trust model is implemented, the public key is stored in a new Key Credential object in the msDS-KeyCredentialLink attribute of the account. The private key is protected by a PIN code, which Windows Hello allows replacing with a biometric authentication factor, such as fingerprint or face recognition.

Note that I intentionally used the term “client” rather than “user” here because this mechanism applies to both users and computers.

PKINIT allows WHfB users, or, more traditionally, smartcard users, to perform Kerberos authentication and obtain a TGT. But what if they need to access resources that require NTLM authentication? To address that, the client can obtain a special Service Ticket that contains their NTLM hash inside the Privilege Attribute Certificate (PAC) in an encrypted NTLM_SUPPLEMENTAL_CREDENTIAL entity.

The PAC is stored inside the encrypted part of the ticket, and the ticket is encrypted using the key of the service it is issued for. In the case of a TGT, the ticket is encrypted using the key of the KRBTGT account, which the user should not be able to decrypt. To obtain a ticket that the user can decrypt, the user must perform Kerberos User to User (U2U) authentication to itself. When I first read the title of the RFC for this mechanism, I thought to myself, “Does that mean we can abuse this mechanism to Kerberoast any user account? That must be too good to be true”. And it was - the risk of Kerberoasting was taken into consideration, and U2U Service Tickets are encrypted using the target user’s session key rather than their secret key.

That presented another challenge for the U2U design - every time a client authenticates and obtains a TGT, a new session key is generated. Also, KDC does not maintain a repository of active session keys - it extracts the session key from the client’s ticket. So, what session key should the KDC use when responding to a U2U TGS-REQ? The solution was sending a TGS-REQ containing the target user’s TGT as an “additional ticket”. The KDC will extract the session key from the TGT’s encrypted part (hence not really perfect forward secrecy) and generate a new service ticket.

So, if a user requests a U2U Service Ticket from itself to itself, they will be able to decrypt it and access the PAC and the NTLM hash.

This means that if you can write to the msDS-KeyCredentialLink property of a user, you can retrieve the NT hash of that user. 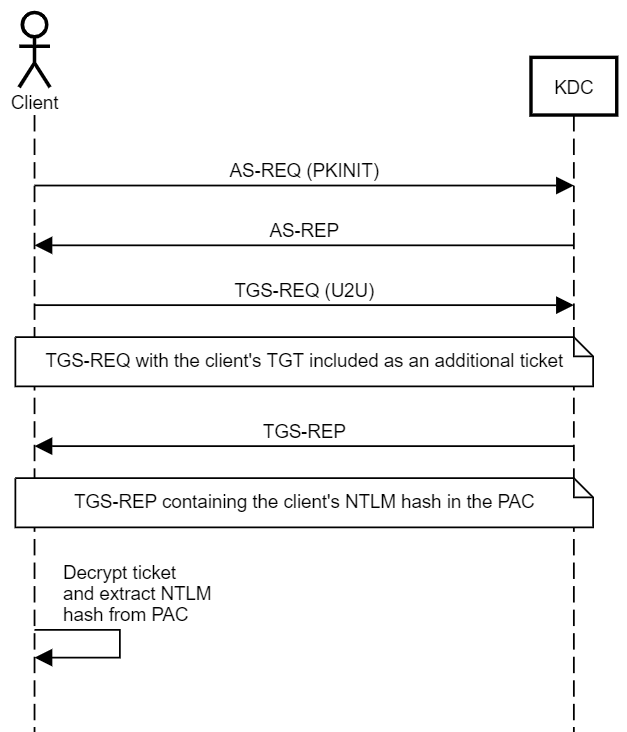 As per MS-PAC, the NTLM_SUPPLEMENTAL_CREDENTIAL entity is added to the PAC only if PKINIT authentication was performed.

Back in 2017, Benjamin Delpy (@gentilkiwi) introduced code to Kekeo to support retrieving the NTLM hash of an account using this technique, and it will be added to Rubeus in an upcoming release.

Abusing Key Trust for computer objects requires additional steps after obtaining a TGT and the NTLM hash for the account. There are generally two options:

Key Trust abuse has the added benefit that it doesn’t delegate access to another account which could get compromised - it is restricted to the private key generated by the attacker. In addition, it doesn’t require creating a computer account that may be hard to clean up until privilege escalation is achieved.

Alongside this post I am releasing a tool called “Whisker”. Based on code from Michael’s DSInternals, Whisker provides a C# wrapper for performing this attack on engagements. Whisker updates the target object using LDAP, while DSInternals allows updating objects using both LDAP and RPC with the Directory Replication Service (DRS) Remote Protocol.

This technique requires the following:

There are two main opportunities for detection of this technique:

It is generally a good practice to proactively audit all inbound object control for highly privileged accounts. Just as users with lower privileges than Domain Admins shouldn’t be able to reset the passwords of members of the Domain Admins group, less secure, or less “trustworthy”, users with lower privileges should not be able to modify the msDS-KeyCredentialLink attribute of privileged accounts.

A more specific preventive control is adding an Access Control Entry (ACE) to DENY the principal EVERYONE from modifying the attribute msDS-KeyCredentialLink for any account not meant to be enrolled in Key Trust passwordless authentication, and particularly privileged accounts. However, an attacker with WriteOwner or WriteDACL privileges will be able to override this control, which can be detected with a suitable SACL.

Abusing Key Trust Account Mapping is a simpler way to take over user and computer accounts in Active Directory environments that support PKINIT for Kerberos authentication and have a Windows Server 2016 Domain Controller with the same functional level.